The Matrix Behind Behavioral Assessments 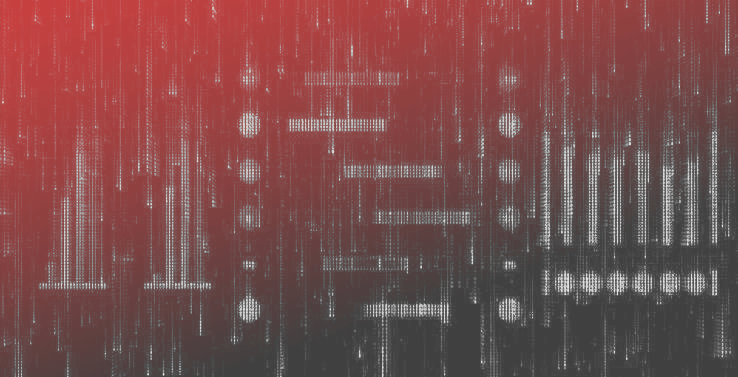 Before I was hired to be the Director of Instructional Design for TTI Success Insights, the company had me take a series of assessments. Some of the questions seemed pretty standard. Others, had me questioning what I was getting myself into. What kind of company needs to know what I think is worse… poisoning a water system or torturing a person? (um… all of the above!) But after accepting the position and meeting my new coworkers, I quickly realized that these assessments were linked to an almost secret language that basically required a code to understand:

“I can’t help it, it’s my altruistic driver…”

A job unlike any other

I won’t lie, it took a while to get used to. In my previous employment, I knew I worked better with some people over others, but I didn’t realize it was mainly because we had similar behavioral styles or aligned motivators (something called Driving Forces at TTI SI). I just figured they were “cool,” or had good values and work ethics. As for the others, they were bad and I was good. I accepted that I “just couldn’t be friends with everyone.”

I also understood that for every great boss, there were also bosses who would blow-up on their staff and some who just seemed generally clueless. I used to view these leaders as being “elitists” or “out-of-touch,” not realizing that they might have issues with emotional awareness and regulation.

It’s like in that movie, The Matrix, when Neo (Keanu Reeves: total dreamboat) takes the red pill from Morpheus (Laurence Fishburne). If you haven’t seen it – (spoiler alert: but for real people, it’s from 1999) – he chooses the red pill over the blue pill and unlocks this insane ability to see things how they really are. He wakes up in the real world and realizes that the world he had previously been living in was all 1’s and 0’s, and algorithms and illusion.

The catch is that although it seems like that could be a wonderful awakening, the real world is not all enlightenment and happiness. He finds out that he has to eat this plain, lumpy oatmeal substance (yuck) for each meal because flavor is an illusion, and sleep no longer contains rest and vivid dreams but is a literal recharge of your system (boring). His awakening came with good and bad. Not unlike my newfound language from TTI SI.

The science behind the assessments

Those cool pre-employment assessments were based on real science. And, I quickly realized that without a true understanding and proper application of the sciences the assessment results could be used as a crutch, an excuse, or worse yet… a weapon.

Through continued education about our tools during my onboarding, I learned that we share this language NOT to prove ourselves good and others bad, but to identify the value that each person brings to the table. In accepting my position (a.k.a. taking the red pill), I held a great responsibility in making sure I used our assessments and subsequent reports for good, not for evil.

The important lesson I’ve come to learn is there really isn’t a “good” or “bad” behavior style or an ideal Driving Force. Each one serves a valuable role within an organization. It takes some time and practice (and a good trainer) to really understand that point.

The importance of training

This is why I am so passionate about proper training and certifications for our products. With the right training, assessments can reveal an amazing experience that will uncover a new world of understanding which values everyone’s unique style.

With this knowledge, organizations can hire the right people with ease, and keep employees more engaged with minimal conflict. Companies can form cultures that function efficiently and amplify the capacity of the workforce (no lumpy oatmeal required). Without it, you really could be missing out on opportunities of true human potential.

Think of it this way, with only a superficial understanding of DISC, for example, you might uncover that your coworker is a D and you’re an S. Without proper knowledge, you may assume that you’ll never work well together. You may avoid getting to know a really cool person just because they don’t seem to be following the same path that you follow. Once you understand that differences have their advantages, you are much more willing to look for connections beyond similarities.

Would I do it again?

If given a redo, would I take the red pill again? Totally. Lucky for me, I have an Intellectual Driver that keeps me researching and learning more every day. I find that the more I uncover about TTI SI tools, the better I can apply them to any situation.

Listen, just like learning any new language, continued practice makes it easier. Look for opportunities to take advantage of new training and support materials that will help you in your daily practice with the tools. And while you’re at it, check out Keanu Reeves (so gorgeous and, I heard, super nice) in The Matrix… maybe John Wick too. But don’t worry if you don’t have time, it won’t be the premise of my next blog. The boss said I could only write one Keanu Reeves tribute per year. What a D!